A few months ago I decided to introduce our family recipes on my You Tube channel. With an amazing response to the first few videos I decided to continue to share some of our tried and tested recipes that are enjoyed by our family.

I will add a few links to them on here but for now I'm just going to start with this one. Goan Sausages. Every other Goan knows that this is indeed like a treasure. Every Goan's weakness. Being an Aagshikaan I have faint memories of my gran walk over at our neighbour's helping to fill those casings while I stood around and watched them. Making sausages can be quite a task. Its truly not an easy job and I salute all those that do this for a living.

If you're living in the UK you'll know how difficult the weather can be...totally unpredictable. I actually check the weather about 3 times a day if I have plans of a grill or BBQ outside. But when you have a week of full on sunshine...oh yeah! Bring it on!
Thats when we decided to give this a go. With one successful batch I have another one happening right now. However difficult this may be the experience of making your own sausages is one of a kind that every Goan should experience. It is a truly satisfying one that you will happily and proudly be sharing with your grand kids one day.

The recipe to Goenchim Chorisam is just below the video. 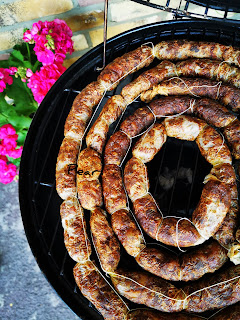 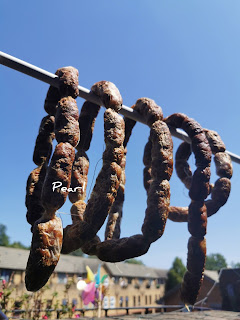 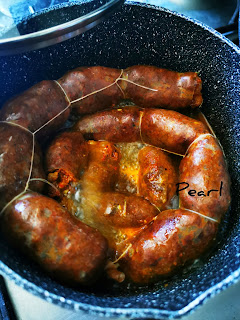 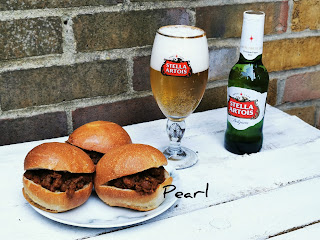 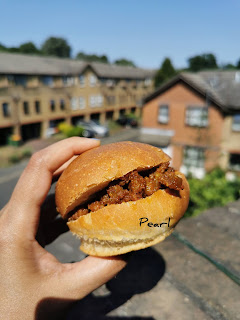 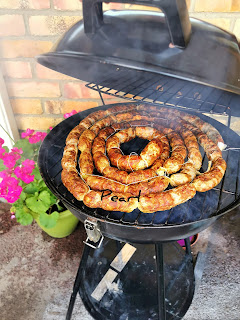 Has it been too long?


Eeeeeesh! Two years since I last updated my blog?! How bad can I get?


My life has been a rollercoaster of series since these two years. I haven't had the slightest time to myself. What Have I been doing? Well we can always get back to that later... in the meantime I'd like to show you guys the cakes I've made so far and oh yeah! I have been putting up more tutorials on my YouTube ...so see I'm still in the game :

I've shared only a few cakes for now but when I get the chance I'll update once more hopefully this time it won't be after 5 years! lol!
I've also linked a Christmas tree tutorial to take you to my YouTube where you'll find some useful Cake and Recipe videos too.
Until then... Stay safe Stay sweet ❤️ 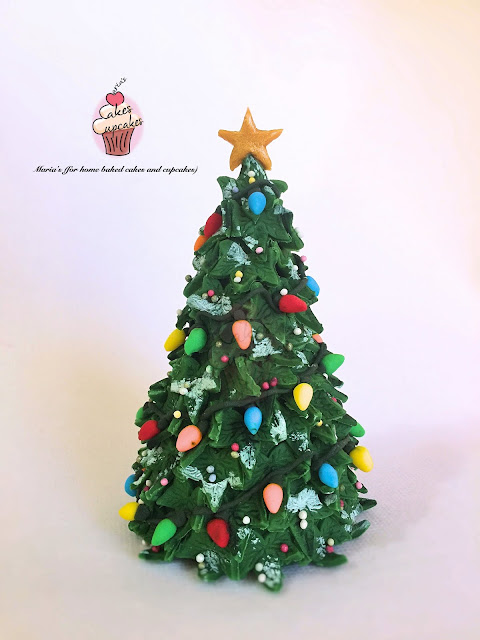 It's never too early to start preparing for Christmas. This Tree topper looks good on any Christmas Cake. Pop over to the tutorial above to see how it's done. 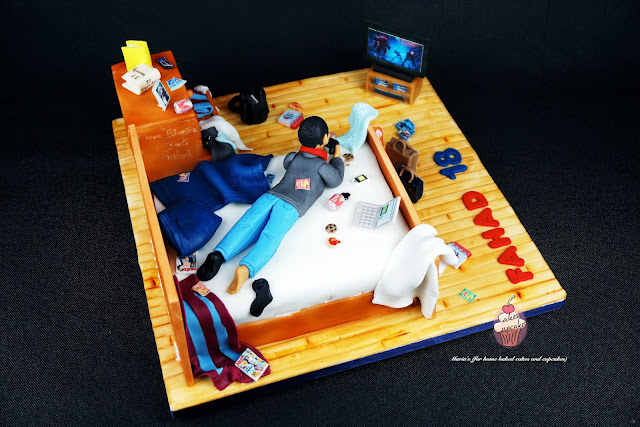 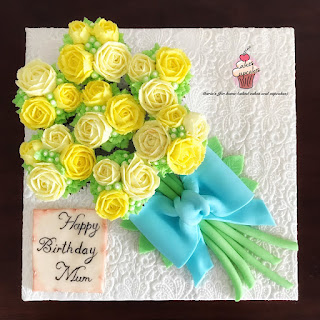 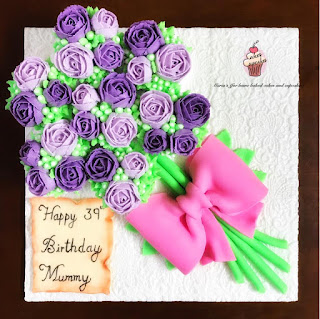 My eldest, my baby girl had her first holy communion this month. She looked so angelic walking up to the altar dressed up in white to receive Jesus for the very first time. She was so anxious and full of excitement! And yes of course seated along with the other mums and dads we were more thrilled than her!
Her dress was a simple white gown with lace and pearls on the top so we thought we'd add some of that on to her cake. Thus we made the 2nd tier with a lace effect and added edible pearls to complete the look. The top tier well I wanted to try the edible leaf. She wore a silver tiara and silver accessories including her 'sparkly' shoes (she calls them) So hence I went with the silver effect. It was a completely new level for me something I loved playing with ;) Each leaf comes covered with a non stick paper on both sides that way its protected as this leaf can be really sticky if you're not careful.
Alright! So moving on to the floating chalice...cool right?! When we first tried it out my kids were like, 'Whoa!' 'How?!' 'Magic' we said to them....heh heh...
I've seen some Levitating cakes on the internet they look amazing floating in midair. We actually wanted to make the whole tier but then changed our mind. Probably invest in that later on. So we focused on the chalice instead and it worked. Its all about a 'First Holy Communion' after all isn't it?!
I didn't make way too many goodies, just what you can see on the table. The reason I've always stuck to making and selling cakes and cupcakes is because they're much easier. The cake pops I've always hated to make coz they're too fiddly and macarons? Well that was the second time I had made them and honestly as everyone says, 'They're too finicky'. They taste awesome but a big NO to putting that on my menu.
The main cake was lemon drizzled sponge filled with vanilla buttercream.
The cupcakes were red velvet with cream cheese frosting.
The cake pops were chocolate.
And the macarons were bubble gum flavour (I knoww... my daughter's choice, couldn't say no)

Thats all for this month. I'll be back with more next time!
Posted by Maria at 12:32 1 comment:

This was an amazing cake to work with.
So many lovely photos all transferred to edible sheets and each frame had to be unique in its own way. A bit nerve racking as I had to come up with 20 different frames for the 20 photos that went on to the cake.
This 3 tiered cake simply shows and shares all the good times, the milestones and the memories my client has had in their life <3

Heyyy!!!
I'm back with a whole lotta cakes to share with you'll!!
I left you guys probably wondering what on earth I was doing? Why wasn't I seen around? Well you'll know when you look at those cakes. It's them lot that's been keeping me busy... Let's just simply say, now my weekends are all about cakes!
No no no... I know what you're thinking... 'Whoa! It's that bad?!' Well I can get really busy time to time. It's very rare I can get a free weekend to spend with the kids but yes when it comes to my family they're first. I have my occasional time off with them, away from all the hustle in my kitchen, away from London. Yep. It gives you time to relax and unwind. In simple words it recharges your batteries. Which I guess is a good thing coz that's what it should be don't you think when you work with something you love.